If you do not know what gratitude is it is something you are grateful for or it is a feeling of kindness. I am so grateful that I have a nice school and I have a big house and I have everything I need to live. For example, I have things I don’t even need, a dog. 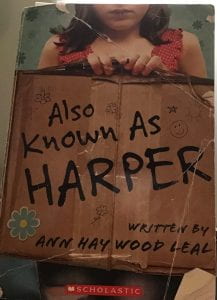 I am reading a book called Also Known As Harper by Ann Hay Wood Leal. It is about a girl named Harper Lee, who is moving out of her house because her mom can’t pay the taxes so they are trying to get extra money by selling their stuff, working harder, and begging to get payed more. The people who are about to move into the house are bragging that they can afford the house and that Harper Lee’s house is all on the lawn. They end up moving to a motor home with Harper’s brother Hemingway (Hem).

Read to see what happens next.