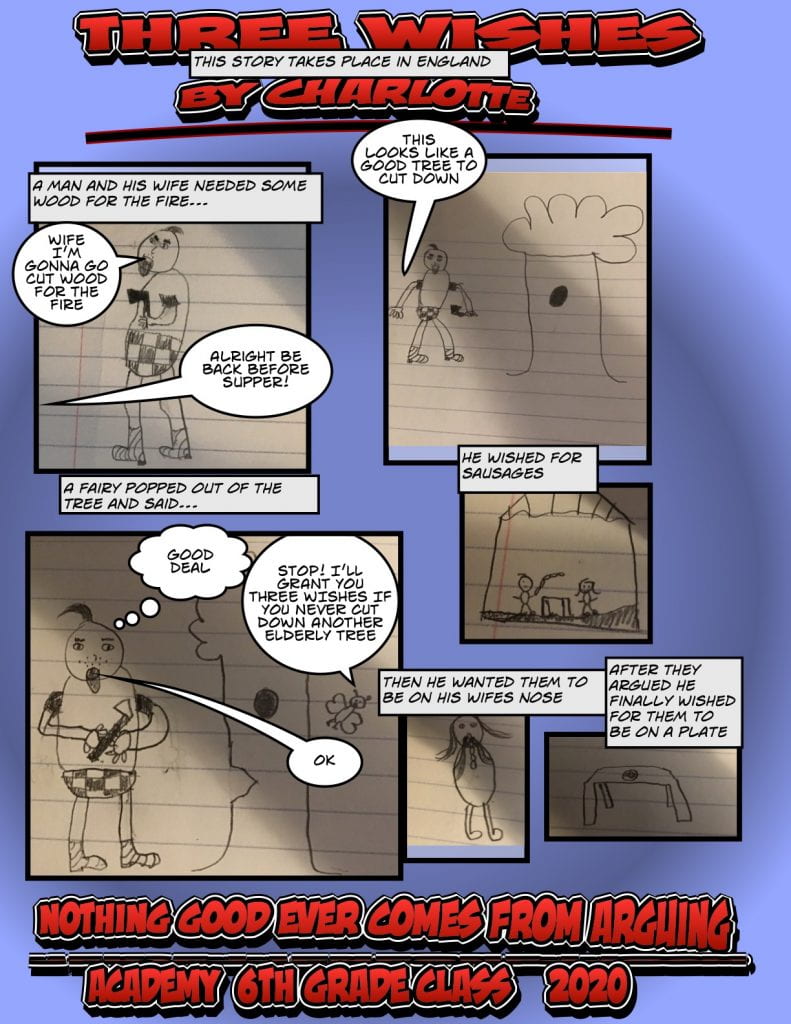 I made and illustrated this comic, based on a story called Three Wishes.

This story is about a man who goes to cut down a tree to get wood for the fire. He finds a beautiful tree. He starts to cut the tree when a fairy pops out and says, “ If you don’t cut down any other elderly tree I will grant you three wishes.” The man agrees and takes the wood home. He tells his wife.

”I am so hungry”, he says “I wish I had sausages.” Then a plate of sausages appears on the table. He walks over and then wishes for them to be on his wife’s nose, “Hey! Get this off my nose!” He laughs. They argue for pretty long. Then he ends up wishing for the sausages to be on the table where they were.

Moral: Nothing Good Ever Comes From Arguing

The man ends up wishing for what he already had.

The pictures you see above are drawn by hand. I hope you like it! Read the Three Wishes in my comic up above!